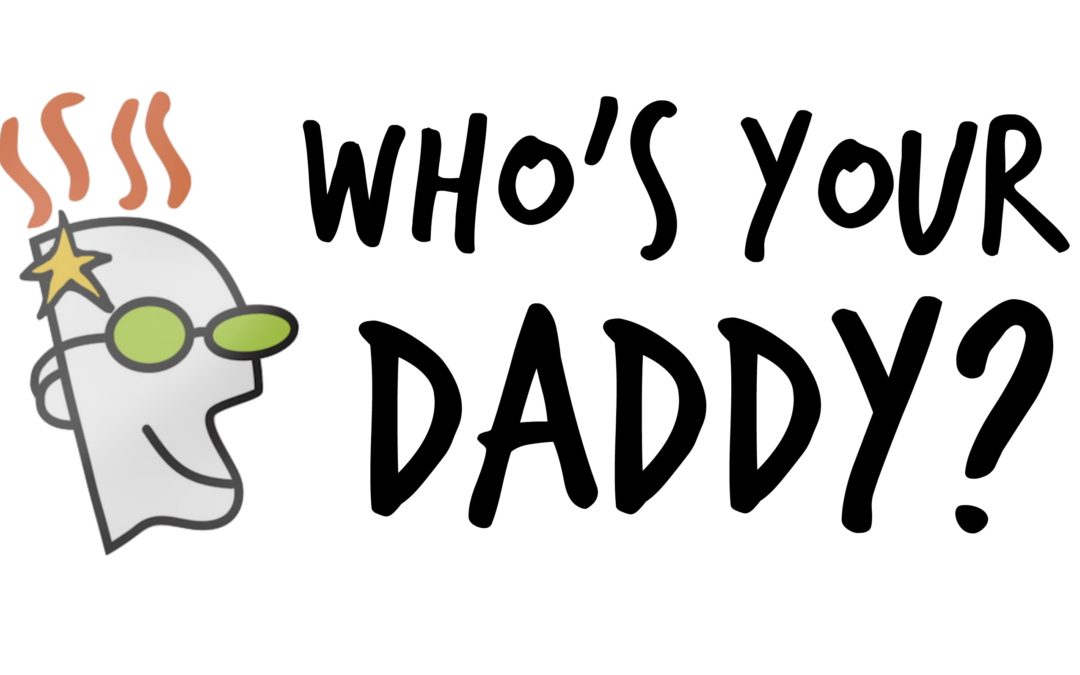 Posted at 14:28h in Website Design and Development by Social Spice Media
1 Like
If a stranger asks you to call them daddy and they aren’t your father, you should back away immediately. Same goes for GoDaddy, the domain registration and web hosting company that has met with its fair share of controversy over the years. While their low-price packages may seem tempting to small businesses getting online for the first time, there are quite a few reasons to take your business elsewhere. Here are just 5 of the reasons you should never host with GoDaddy. To outcompete Amazon, Google, Microsoft, and others, GoDaddy execs decided to launch their own cloud-based services in March of 2016 in hopes of capturing business from current customers that may have sought cloud space elsewhere. But just over a year later, the company announced it would halt their cloud services altogether by December 31, 2017 and encouraged users to switch to some of their other offerings, such as GoDaddy’s Virtual Private Server (VPS) plans. It seemed they didn’t learn their lesson, as this isn’t the first time they’ve attempted and failed to offer cloud services. Back in 2012, GoDaddy shutdown similar services citing a mismatch with the needs of small businesses. Wouldn’t it be nice that when you signed up for a service, you could expect reliable access? Among many other services, GoDaddy offers SSL certificates, which have become an increasingly important factor in search engine results page rankings (SERP). Unfortunately, earlier this year, the company revoked nearly 9,000 SSL certificates due to their own carelessness. Routine code changes resulted in the introduction of a bug into their verification system, leaving many sites vulnerable to malware attacks and fraudulent activity. GoDaddy has faced recurrent accusations of domain name front running (DNFR), or the practice of buying domain names they deem valuable and selling them at higher prices. The practice is troublesome as domain registrars may be using a potential customer’s search data to grab the domain name then resell it to the searcher at an overinflated price. Customers have had such negative experiences that a website called NoDaddy was created back in 2007 to expose the hosting giant’s shady tactics. What did GoDaddy do? They bought the site and subsequently shut it down. Bad reviews don’t go away so easily, however. Despite a high rating on the Better Business Bureau website, GoDaddy has only a handful of positive reviews (four to be exact) and almost 200 negative reviews. Complaints include fraudulent charges, disrespectful and unhelpful customer service reps, and unwanted solicitations using unprotected customer information, just to name a few. Remember the GoDaddy girls? They were the company’s sleazy advertising attempt to pander to the baser side of human nature. The campaign was nothing more than a series of flashy ads representing a company with little substance and a complete disregard for consumer intelligence. Though the company seems to have cleaned up their act with a quirky 2017 ad that includes a shout out to the Grace Hopper Celebration of Women in Computing (GHC), past campaigns may suggest they are simply pandering to grab attention. GoDaddy may say they are dedicated to uplifting small and independent companies, but their actions contradict their words. We think their stated principles “hustle, adapt, listen” and “repeat” say it all – an ever-evolving swindle. If you’re a small business owner looking to bring your services to the internet or update your current website, please contact Social Spice Media. We offer a complete website development package that includes responsive design, SSL certification, and reputable web hosting.

Mollie is a freelance blog writer for Social Spice Media. She is currently an MFA candidate at Bennington College Writing Seminars. She has been working in content creation for nearly a decade—from entertainment journalism to corporate and agency marketing, she’s worn a lot of writer hats over the years—and she’s fond of all of them. She loves doing research deep-dives and getting to know a client’s brand before jumping in. She’s just geeky like that.
In her spare time, she can be found hanging out with her dog, listening to true crime podcasts, reading, and cross-stitching. But not simultaneously.

Maria is a Content Creator for Social Spice Media. Maria graduated from CSULB in 2018 with a B.A. in Production Management for Film and Electronic Arts. Before joining Social Spice Media in 2021, Maria worked for various film studios, fulfilling roles within Project Management and Social Media Coordination.
An alumnae of Delta Gamma, she continues to live by her sororities mantra to “Do Good” by advocating and fundraising for Guide Dogs for the Blind, protecting wild mustangs, and breaking the stigma surrounding mental health. In her free time she can be found at the dog park with her dog Luna, or in the kitchen cooking for her friends and family.

Jason Dominguez is a California native and enjoys the beach – and the outdoors in general. He attended Stanford and UC Berkeley and enjoys travel and writing. Jason is fighting the growing wave of tv binge-watching and trying to keep current with his reading list, a struggle against all odds. He balances non-fiction with short stories and poetry.

Matt Bendell is a freelance content/blog writer for Social Spice Media. He has more than 15 years of experience working in various media ranging from TV and radio production to print and digital content creation. He loves to tell stories and share positive messages that will encourage and grow audiences.

Matt graduated from the University of West Florida with a B.A in Communication Arts/Journalism and a minor in Marketing. Over the course of the past 15 years, he has worked in television programming, worked in fund development, and produced an internationally distributed radio program for a large non-profit organization.

When he is not working on media projects, he enjoys playing tennis, golfing, swimming and spending time outdoors with his wife and four children.

Scott Ericson is the Director of Business Development with Social Spice Media. Scott brings over 35 years developing business and partnerships for companies and organizations. His background includes business development positions with a national broadline food distributor, national specialty pharmacy, nonprofit copay assistance organization and a five-year stint with the Chamber in Santa Barbara. He was also a co-owner of a company to nationally distribute natural compounds to clean and sanitize firefighter’s PPE and other emergency services equipment. His most recent business development position was with an IT Managed Service Provider in Santa Barbara.

After growing up in Santa Barbara, he moved around the country with his wife and children. Scott and his wife Cheri have relocated back to Santa Barbara after spending nearly thirty years away. They are living in the house he grew up in, and he enjoys spending time with Cheri, golf, reading and woodworking for relaxation.

Hailey is a Content Creator for Social Spice Media. Her roles include delegating assignments to team members and meeting deadlines, as well as creating and editing content. She thoroughly enjoys being useful and helping fellow team members with tasks. She is passionate for all things marketing, and seeks to learn something new daily.

Hailey graduated from Brigham Young University- Idaho in 2021 with a B.A. in Communications and Advertising. Though she is new to the industry, her special brand of spice is a vital component to the Social Spice Media team.

When she’s not coming up with witty word play, Hailey enjoys singing, doing makeup, and finding music for her latest playlist.

Stacy Pearce recently joined Social Spice as the Director of Creative Marketing with more than two decades of experience in Marketing, Graphic Design, Front-End Web Development and Creative Project Management. Stacy began her professional journey working for Disney Cruise Lines as a member of the inaugural crew for their first cruise ship in 1998, the Disney Magic. While working onboard, she was selected to receive specialized training from Disney in both Public Relations and Guest Service Excellence.

After leaving Disney and working in print design for several years, Stacy decided to make the jump to web design and began working for the well-known training company, lynda.com, as an assistant teacher for their onsite Adobe Photoshop training classes. She also spent many years in the marketing world working for companies like JD Power and Associates, Amgen and Gospel Light Publishing. She then started her own graphic design and consulting business providing logo design, web project management and branding strategy to a wide variety of local groups and businesses.

Stacy joined Social Spice in January of 2020 to help expand their services as a creative designer and a brand strategy specialist.